The Real Basis of Obedience 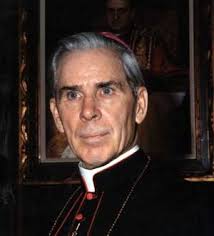 Obedience does not mean the execution of orders that are given by a drill sergeant. It springs rather from the love of an order, and love of him who gave it. The merit of obedience is less in the act than in the love; the submission, the devotion, and the service which obedience implies are not born of servitude, but are, rather, effects that spring from and are unified by love. Obedience is servility only to those who have not understood the spontaneity of love.

Our universe is governed by laws: things are this way and that way. By submission to laws, we make them our own. If, for instance we obey the laws of the body, we keep it in health; If we obey the laws of mind, we keep it learned. Spiritual being has its prizes too, as Our Lord said: “If you love Me, you will keep My commandments.”

In other words, true obedience springs from love not from force. The worst man in the world knows a great deal more of his duty than the best man does. It is not for want of knowledge that men go to pieces, but rather for want of obedience to the knowledge of the good they already possess.

Today Liberty is taking the place of obedience. It is said that obedience has had its day. Civilization is in danger when the rights of liberty plead against the duties of obedience as if the two were opposed to one another. A man who has never obeyed is not the man who will know how to command. He will be a poor general who has never come up through the ranks.

Our Lord went down to Nazareth and was subject to His mother and foster father; then He became obedient unto death, even unto the death on the Cross.

Obedience is not the quality of slaves, for slaves act against their will. He who had liberty to do all things became subject to His parents to prove that obedience is the pathway to freedom. As St. Paul wrote to the Ephesians: “You who are children must show obedience in the Lord to your parents; it is your duty.” The parent is strong when he says to the child: “I must have your obedience because I am responsible to God for your upbringing in goodness and truth.”

On the other hand the child’s strongest encouragement is in the same thought: “In obeying my parents I am doing that which is pleasing to God, and I do it because I love the Lord.” In “Lamentations” it is written: “It is well that you should learn to bear the yoke, now in your youth.” A horse must be broken in while he is a colt; a dog must be trained when he is young. So it is with youth. He who has never learned to submit, will make himself a tyrant when he obtains power. A silver spoon has choked many youth.

In courtship there are no laws, but the lover always seeks to fulfill the will of the beloved: and in religion no compulsion is felt by anyone who loves God. The real basis of obedience in the family, therefore, is not the fear of punishment, just as in religion it is not the fear of hell. Rather, it is based on the fact that one never wants to hurt anyone whom one loves. It will bear repeating that Our Lord said: “If you love Me, you will keep My Commandments.” Catholic saints and spiritual writers have always agreed that the quickest and easiest method of advancing in the spiritual life is in the practice of obedience. The simplicity of this method as thus stated belies the difficulty in the actual living out of this dictum. The reasons for this are many: pride, anger, sloth, and just plain old Americanism. For in our country a pioneering spirit of unbridled individualism and self-actualization is an ingrained commandment that cannot be violated without tearing asunder the very fabric of our self-worth and respect. This is associated with our misguided understanding of one of the very foundation stones of our country; namely, freedom.

How can we feel free if we are to cow-tow to another’s whims and directives especially when we are sure that we are smarter or better equipped to make our own decisions? But that is exactly what we are asked to do in order to become saints ourselves. Note the following quote from the newly canonized Saint, Padre Pio: “Obey promptly! Do not consider the age or merit of the person. And in order to succeed, imagine you are obeying the Lord.”  And should you wince at the mistakes that your superiors make and seethe from the unfairness that permeates this world one must also keep in mind another of his councils: “Do not disturb your soul at the sad spectacle of human injustice…. One day you will see the inevitable triumph of Divine justice over it.”

Why is obedience to those in a position of authority a necessity for spiritual progress? Why should we take our direction from those who seem incompetent or those who we know are simply wrong? Saint Pio responds, “Where there is no obedience, there is no virtue; where there is no virtue, there is no good. Where good is wanting, there is no love; where there is no love, God is absent; where God is absent, there is no heaven.” Therefore, obedience is directly connected to our salvation by its relationship to the theological virtue of charity or love. Says our Saint: “Charity is the queen of virtues. As the pearls are held together by the thread, thus the virtues are held together by charity; as the pearls fall when the thread breaks, thus virtues are lost if charity diminishes.” Obedience it seems is the epitome of self-denial: correcting inordinate self-interest and self-love, for the love of God. Christ counseled us on precisely this same point: “If any man will come after me, let him deny himself and take up his cross daily and follow me.” __Luke 9:23

So according to Padre Pio we are told the following: “Try always to advance more in charity; enlarge your heart with confidence for the divine gifts which the Holy Spirit is anxious to pour into it.” Because, “To fail in charity is like wounding God in the apple of His eye. What is more delicate than the pupil of the eye? To fail in charity is like failing against nature.” In order to gain this virtue, obedience leading to humility is needed. Our Saint makes this connection when he says: “Humility and charity go hand in hand. The one glorifies, the other sanctifies.” Since, “The pivot of perfection is love; he who lives in love lives in God, because God is love, as the Apostle says.”

If you think that glorifying God by your obedience and humility is foolishness, our Saint reminds us that: “The time spent for the glory of God and the salvation of souls is never spent badly.” For, “God can reject everything in a creature conceived in sin and of which it bears the indelible impression inherited from Adam. But He can absolutely not reject the sincere desire to love Him.” Your desire to love Him is proved by your everyday practice of obedience for love of Him. 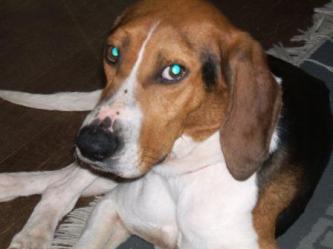 I must admit I don’t have an answer to this one and theology does make it seem like an impossibility. But as doubtful as it is, I’d love to think that they do because one thing is obviously certain to me. Dogs can teach us more about living the Christian life than most people. Now dogs have different personalities and natures, so this does not pertain to every dog. However, I have been blessed with some truly remarkable pets throughout my life.

What is it about dogs that I admire? What have I learned from my dogs that I would do well to emulate in my own life?

First of all, loyalty: for the loyalty of a good dog is something to be admired and rarely found among our peers. You can mistreat a dog, forget to feed him or walk him, or ignore him and yet he persists in being faithfully attached and would never abandon your home for another person who offered him better food and treatment; as his loyalty is built on love and trust.

Also, patience: for the patience of a dog is amazing. They wait for their owner to pay them some attention, to play with them, etc. and never give up hope that the hour will come – if not today, maybe tomorrow or the next day.

Obedience is another admirable trait. Some dogs surrender their will to you entirely. They only want to be pleasing to you. Though they do not understand our motives or the outcome of our commands they are only happy to promptly comply with our wishes – no back talk, no hesitation.

An attitude of self-sacrifice is present in many dogs; willing to give their very lives to protect their family and to come to their aid. They do not weigh the odds or ponder the possible failure of their action – they just defend what they have come to believe in, which is us. Their love is agape love or self-sacrificing love and is of the highest order.

Cheerfulness and joy is the normal disposition of a dog that has been properly raised and socialized. They always lift your spirits by their show of happiness and joy at just seeing you after a short absence. Leave the house for 5 minutes and upon your return your dog will greet you like he hasn’t seen you in months.

Long-suffering is another trait that truly amazes me.  They live in the moment with no thoughts about past sufferings or future uncertainties. I have seen dogs on the verge of death lying on an operating table at the vet. At their first sight of a familiar family face they express pure joy by wagging their tail even if they have lost the ability to sit, stand or roll over. When hurt, sick or dying, they suffer in silence without so much as a whimper. They simply go silent and suffer in silence.

A dog may be mans best friend on a number of levels and we might learn more from our dogs than they do from us. I can teach a dog many silly tricks but a dog can teach me to practice the theological virtues of faith, hope and love in a most profound way. An entire book could be written about many other admirable qualities of these fine animals but these will suffice.

If I could only live a life that expressed my love for God in such a manner I might become a saint. Dogs may not go to heaven but they just might help some of us get there by setting a wonderful example. All we have to do is apply it in our lives and thus mimic their behavior in acts of unconditional love for God. That might make them more than man’s best friend; they may be our soul’s best friend and spiritual director as well.

P.S. Wally, dog on the right, went to his reward about 1 1/2 years ago. Fred, on the left, has taken up Wally’s role as spiritual director and seems capable of filling the paws of his predecessor.